Composer and conductor William Blank was born in Montreux in 1957. He is currently in charge for contemporary music at Lausanne’s High School of Music, where he conducts the Contemporary Ensemble and teaches composition and analysis.

His works are performed in concert halls such as the Victoria Hall in Geneva, the KKL in Lucerne, the Zurich Tonhalle, the Paris Philharmonie, the Wigmore Hall in London, the Leipzig Gewandhaus, the Vienna Musikverein, the Salzburg Festpielhaus, the Lincoln Center in New York, the St Petersburg’s Marinsky Concert Hall and Philharmonic and the Suntory Hall in Tokyo, with conductors such as Kasuyoshi Akiyama, Jean Deroyer, Dennis Russell Davies, Armin Jordan, Heinz Holliger, Fabio Luisi, Zsolt Nagy, Pascal Rophé, Pinchas Steinberg and Antony Wit and appears on many CD magnificently received by critics. As conductor, he has collaborated with many internationally renowned artists and ensembles.

As composer, he has given master classes in main European capitals, as well as in Japan, St Petersburg, Shanghai or at the Juilliard School of Music. Since 2006 he leads the Lemanic Modern Ensemble. 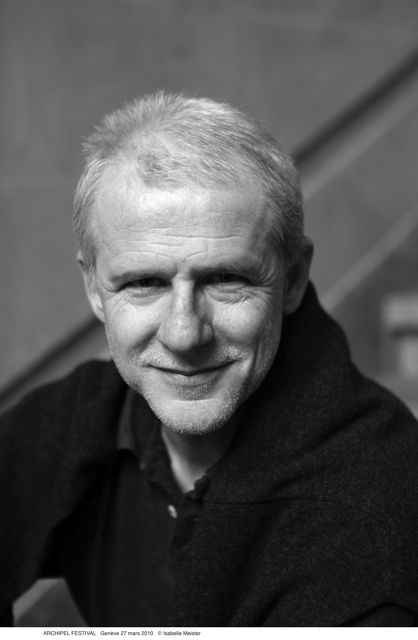